“Punk is not dead. Punk will only die when corporations can exploit and mass produce it.” These are the famous words of Jello Biafra, spoken two decades ago when he was still the frontman and lead vocalist of the Dead Kennedys. In those days, the Dead Kennedys were an icon in the southern California punk scene, known for their explicit, political lyrics and their general misbehavior within the public eye. 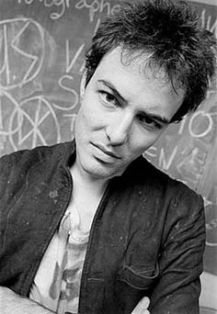 As a member of one of the most classic punk bands of the 80s, Biafra is more than qualified to set the guidelines for the genre. His quote reinforces the necessity for punk rock to stay underground and independent of the consumer society it boasted separation from. During the glory days of punk rock, it served as a reminder that punk would never die because the punks would never sell out.

Today, his words illustrate exactly how and why, twenty years later, punk is very much dead.

Punk was founded, in the early 1970’s, on the discontent of oppressed and otherwise unappreciated youth in cities around the world, specifically in London, New York City, and southern California. The first punks were people who were pissed off, and tired of dealing with it. They turned to music in order to simultaneously communicate their message and offend the society that had made them feel so frustrated – and a lot of them did this without any official musical training.

The punk aesthetic was one of rebellion on all fronts; a pointed rejection of society by individuals whom society had rejected and had nothing left to lose. Punk fashion was meant to shock the average ‘conformist’ but came from a strictly DIY – “do it yourself” – ideology that centered around the rejection of consumerism as much as it encouraged individuality. 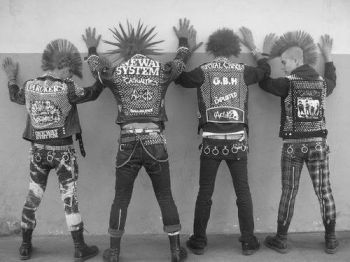 Punk music was fundamentally designed to be noisy and aggressive, the product of people who had something to say and didn’t care if you didn’t like it. It was oftentimes tuneless and abrasive, clearly the work of amateur musicians and made with low production quality. The point was never to make money or even fans; it was to get the message heard, loud and clear.

These were the ideals that punk rock was formed on, the driving forces that made the punk movement so all-encompassing and so revolutionary. It was truly a subculture created by rejects and for rejects, nothing more than a type of support system for a certain type of people. This was the real punk movement; the one that Jello Biafra and hundreds of other punk figureheads hoped to keep alive. One that focused on the music, the meaning, the passion, and the ideals.

This couldn’t be in starker contrast with the new “pop punk” genre that fills the radio waves today. Pop punk is a pitiful blend of the punk image and pop elements that make it generally more appealing to a larger audience. Pop punk typically combines angsty, punk-inspired instrumentals and catchy, poppy vocals for an appealingly rebellious sound that is typically paired with an “alternative” look. In this way pop punk managed to bridge several musical styles  and appeal to much greater audiences, successfully establishing a new, more marketable genre that was desirable, rather than feared, by record labels. 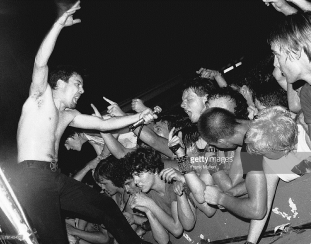 First-wave punk bands like the Dead Kennedys performed with dangerous levels of energy.

In other words, pop punk unabashedly stole the profitable aspects of punk rock’s sound and image and reworked it into a watered-down, commercialized version of itself. Worse still, it was called “pop-punk,” a combination of terms fundamentally designed to be antonyms. Pop punk was the very incarnation of profit-driven punk music that Biafra warned us against, exploited by artists who saw potential in the image but not the ideologies, and mass produced by labels with dollar-signs in their eyes.

The invention of pop punk single handedly managed to disrespect the belief systems behind the entire punk movement while simultaneously discrediting all that it had been. By using elements of punk for the purpose of gaining money and fame, pop punk artists have proven that the original punk ideologies, the ones that wholeheartedly rejected society and popular culture, are long gone.

Punk music has become a reminder of a time when music had the power to change the world, and of a time when passion was more valuable than money. Today, “punk” is just another thing that the corporations have found a way to exploit and mass produce. It is nothing more than an overpriced Hot Topic outfit and a Fall Out Boy CD, items that can be purchased rather than made with dedication. Punk rock as we knew it is dead, and pop punk is what brought it down. 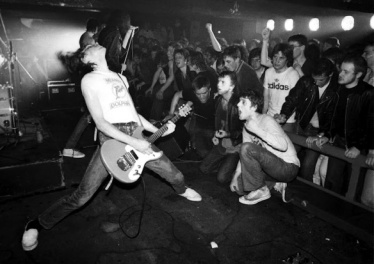 The Dead Kennedys performing during the 1980s.