In the era of DIY hip hop, it’s not hard to find someone who makes music on Soundcloud. But it is hard to find one of them that stands out. Boston-based artist Tashawn Taylor has managed to shine through the monotony with his latest EP, ‘Women Make Me Strong.’ Containing just three fiery tracks, the album is a taste of something fresh and new in the hip hop scene. 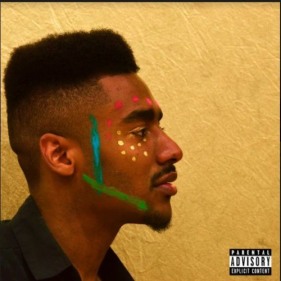 Taylor’s style is distinct, combining complex lyrics with catchy beats and ever-present driving rhythm on each track. These characteristics have grown scarce in this new age of underground tunes, where skill is all too often traded out for a memorable melody. Drawing inspiration from Michael Jackson to Nas and Kanye, Taylor’s EP brings hip hop back to its intricately creative roots while adding a refreshing touch of unabashed emotion and genuinity that is all his own.

‘Women Make Me Strong’ bravely ventures down a new path of feminine respect in rap music, breaking the unspoken barrier into a topic almost universally overlooked within the genre. “People usually say that Hip Hop is the most degrading music genre to women and I wanted to write something that proved that rhetoric wrong,” Taylor said. The EP’s title itself is a humble nod to the women in Taylor’s life, a sentiment which is skillfully carried throughout the album.

“Though Hip Hop is a male dominated culture, it’s also the most inclusive genre to exist ever. Hip hop welcomes all colors, creeds, and ages because that’s literally how it started. So then I realized the problem wasn’t Hip Hop, the problem is the way society speaks about and speaks towards women,” Taylor explained, revealing his own character and offering insight to the inner workings of the genre.

“I wanted to write songs that were inspired by real people and wonderful people at that, rather than this image of what a woman should be,” Taylor said, quickly dismantling the misogynistic stereotypes that surround many hip hop artists. He continued, “I wrote this project because I wanted to talk about the people that inspired me to…become closer with myself and also realize how I treat the women in my life on a daily basis. I wrote this project to also challenge any misogynistic thoughts I have had in the past and make sure I don’t revert back in the future.”

The album’s first track, “Ms. Thang” is an anthem of young love, mutual respect, growth, and healthy relationships. With a catchy yet wholesome chorus, the track undeniably drives home a feeling of genuine appreciation and pride reiterated again and again: “I call her Ms. Thang/I build her up she holds me down and we don’t switch lanes/yeah, that’s my baby.” The song is a refreshing break from the usual objectification and depersonalization of female characters in rap music, opting instead to romanticize a real connection.

“I want people to feel safe while listening to my music rather than anticipating a line about bitches this and hoes that,” Taylor explained, setting himself further apart from his musical predecessors. “I want people to feel happy about listening to these songs…my goal as a musician is to provide an environment that promotes healthy thinking and healthy speaking habits so no one has to expect to be disrespected.”

Taylor’s emotional lyrical style comes into play early in this first track as he immediately demonstrates that he is not afraid to delve into “softer” topics. Unlike so much of his genre, Taylor does not rely on his masculinity or degrading women to appeal to a wider audience. While he includes just enough heavy beats, fiery bars, and sexual references to keep mainstream rap fans interested, he manages to do so in a respectful and creative way that instead highlights his own talents.

This song clearly reflects Taylor’s personal ideologies and sets the tone for the rest of the EP. Though he returns to a more classic rap style for the following two tracks, “Bspt,” and “Promise Land,” respectively, his lyrical and rhythmic talent remains clearly on display. Both songs feature intricate rhyme schemes that flow effortlessly, again with a focus on young love, passion, and loyalty. The instrumentals are complex and entertaining while never taking the attention from Taylor’s message. 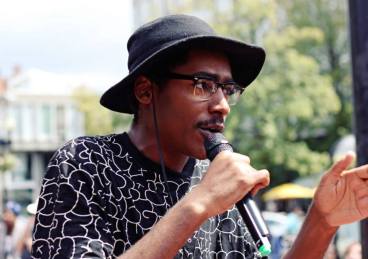 Overall, ‘Women Make Me Strong’ is a bold approach to hip hop that seamlessly combines old inspirations with new ideas and execution. It is not only an excellent listen but also a self-aware call to action for the musical community and society as a whole: “I want the listeners to reflect after hearing this project.”